← more from
Defunkt Records
Get fresh music recommendations delivered to your inbox every Friday.
We've updated our Terms of Use. You can review the changes here. 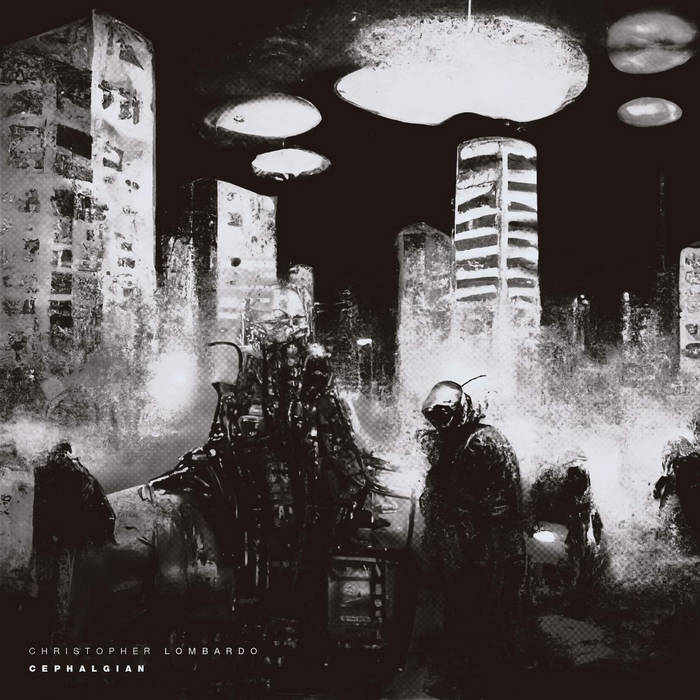 “Cephalgian” has been through dozens of iterations and has been bombarded with new techniques and processes to the point that the tracks are now nowhere near their original forms. By far the strangest collection of “music” I can recall.

This record is serving as a return to form, my first formal release in 5 years, and the first under my own name. Since 2017 I have been focusing more on music for tv, film, and games rather than putting out for casual listening purposes - in fact, Cephalgian was formed in pieces, bit by bit between professional projects. It would take the back burner for weeks only to have a few seconds of progress added before another time consuming project landed in my lap.

It was only when Defunkt records invited me to play their Bang Face takeover that things truly kicked into high gear. The pressure of preparing for a large gig had me working out ideas and material for the set night and day for weeks… and the production sessions from that informed the final versions of these tracks.

Prior to releasing under my own name, I had been producing music under the moniker "Silent Strangers", and an experimental metal band called "Absolver". Check out those projects for more of my sounds. silentstrangers.bandcamp.com
absolver.bandcamp.com

I couldn’t be more excited to drop this EP. It’s the culmination of a long period of evolution for myself, life, techniques and the music.

Hi everyone, My name is Christopher Lombardo. I'm a composer and art director from Ft Lauderdale. Very excited you made it to my Bandcamp page. Enjoy and brace yourself - an altered state will help

Bandcamp Daily  your guide to the world of Bandcamp

Semiratruth joins the show to discuss their latest release, "loading..".